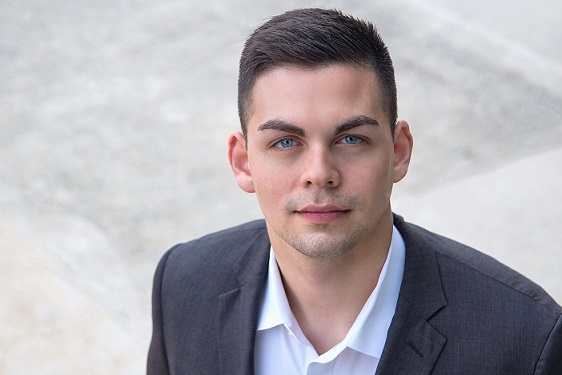 Praised for his “stirring resonance” (San Diego Story), New Jersey native Jason Zacher is a bass-baritone currently pursuing his Master of Music in Vocal Performance at the Moores School of Music at University of Houston. At the Moores Opera Center, Jason has recently been featured in a variety of roles, including: Don Pasquale (Don Pasquale), William Jennings Bryan (The Ballad of Baby Doe), King of Clubs (The Love for Three Oranges), Narrator (I Due Timidi), as well as debuting the role of Sir Oliver in the world premiere of Robert Nelson’s The School for Scandal. Jason is a graduate of The John J. Cali School of Music at Montclair State University in Montclair, New Jersey, where he received a Bachelor of Music in Music Education. Other roles that Jason has performed include: La voce (Idomeneo), Kromow (The Merry Widow), Sigismondo (Il giovedì grasso), Marcello (La bohème), Frank (Die Fledermaus), Dr. Falke (Die Fledermaus), and Betto (Gianni Schicchi). Jason has also participated in training programs such as Opera NEO, Repiro Opera, and Lingua e Canto. Jason continues to perform throughout the United States, hoping to also have an impact on educating young singers as they pursue music in their lives. Jason currently studies voice with Timothy Jones at the Moores School of Music and previously studied with Karen Driscoll at the John J. Cali School of Music for five years. Outside of singing, Jason has a passion for watching and playing ice hockey.